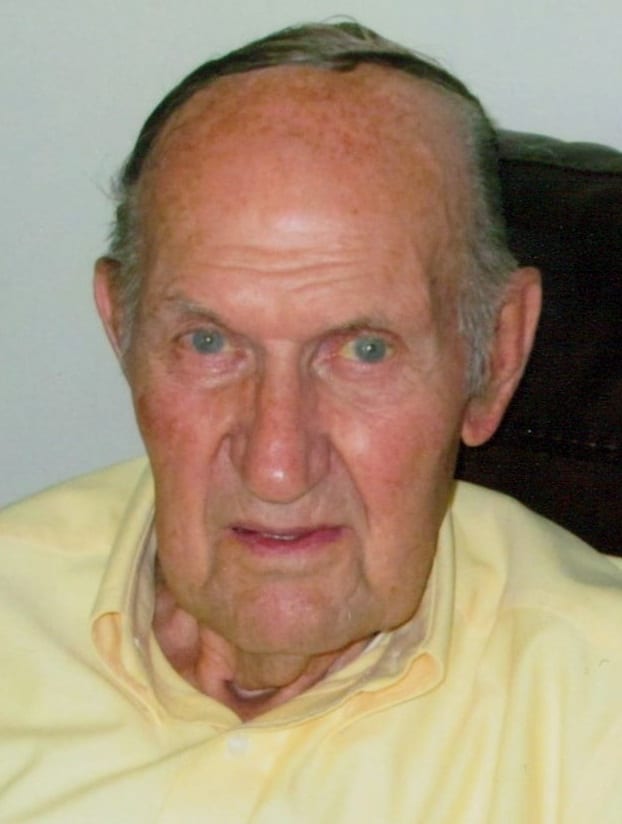 Tom was born June 16, 1924, in Glen Dale, W.Va., a son of the late William L. and Angela (Biggs) Warsinsky. He was a U.S. Navy World War II veteran, having served on the USS Seacat (Submarine) as a Motor Machinist Mate 2nd Class from 1943 to 1945 in the Pacific Theater. He was also present at Tokyo Bay on September 2, 1945, for the Victory over Japan Day.

In 1987, Tom retired as an electrical superintendent for Wheeling Pittsburgh Steel, Benwood Plant. He then became a consultant to LaClede Steel, when they purchased and re-opened the Benwood Plant of Wheeling Steel. He was a member of St. Matthew’s Lutheran Church, Benwood; the American Legion, Post No. 5, McMechen; the Wheeling Elks; the Moundsville Eagles; and was a social member of the Garibaldi Lodge, Benwood.

In addition to his parents, Tom was preceded in death by his son, Thomas Joseph Warsinsky, in 1988; an infant son, Brent Warsinsky, in 1970; a twin brother, William Lewis Warsinsky; and his beloved daughter-in-law, Deborah Warsinsky.

Friends will be received from 2-8 pm, Tuesday, at the Altmeyer Funeral Home, Benwood-McMechen Chapel, 214 Marshall Street, McMechen, where funeral services will be held at 11 am, Wednesday, June 21, 2017. Interment will follow in McMechen Cemetery, with full military honors provided by the Moundsville Veterans Honor Guard. An American Legion, Post No. 5 service will be held at 7 pm, on Tuesday, at the funeral home.

Memorial contributions may be made to the Alzheimer’s Association, 1299 Pineview Drive, Suite 3, Morgantown, WV 26505, or Marshall County Animal Shelter, 37 Animal Shelter Drive, Moundsville WV 26041. Contributions may also be made online at www.TMCfunding.com. Online condolences may be offered to the family at www.altmeyerfuneralhomes.com.

I had to find out from a complete stranger. I’m sad that I didn’t get to know you better.

Sincere condolences to your family and friends. Salute to an American Hero of WWII!

My sincere and deepest condolences to the family and friends of Mr. Warsinsky. Denny Albaugh

May your memories of Thomas Lee Warsinsky, give you peace, comfort and strength…