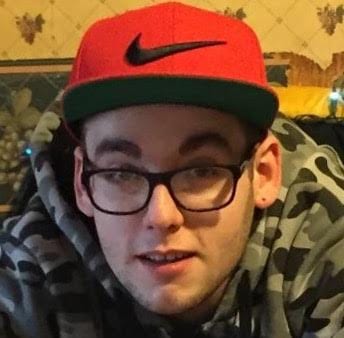 Timmy was a senior at Wheeling Park High School and a student of the Welding Program, planning to pursue his career after graduation in May. His intelligence and wisdom were beyond his years. He was always creating, inventing, and building things since childhood. He enjoyed music of all types, fishing, fireworks, football, and hiking with his siblings and best friend, his dog “Rusty”.

Timmy had so many plans and dreams that he was so excited to achieve. Most of all Timmy was a kind-hearted, compassionate, and funny person everyone loved. He would give the shirt off his back for anyone. He cared deeply for his family, friends, and everyone he met. Timmy would talk to anyone in their time of need. He would tell his friends “It’s not so bad, tomorrow is another day.”

Timmy was a wonderful young man who was respected by his peers, teachers, family, and anyone he met. Timmy’s life was cut too short. He had much to offer.

In addition to his mother, he is survived by two sisters, Kimberly N. Barber and fiancé, Joey Clovis of Wheeling, and Martha R. Whalen of Wheeling; one brother, Brian N. Barber of Wheeling; and several aunts, uncles, cousins, and many close friends.

Memorial donations can be made to the Wheeling Treatment Center, 256 Jenkins Lane, Triadelphia, W.Va. 26059  c/o www.tmcfunding.com or to Timothy’s family in his honor.

Dear Kat I am so so sorry to hear of the passing of Timmy.I remember holding him as a baby while doing kid cuts in the kitchen .A big hug to you Brian ,Kimberly and Martha.

It’s hard for me to put into simple words what I would like to express to Timmy’s family, especially his Mom and sister, so please know that my heart is heavy hearing about
Timmy’s life being cut short way too soon. Mrs. Whalen, I have never met your son but my daughter, Holly, a senior at Park and always open about her feelings on the character or personality of her classmates told me that Timmy was one of the nicest young men she had met at Wheeling Park – she said while he was quiet, he was very, very nice. She was very effected by his passing, and in her heart, Timmy will not be forgotten. Please know that my family’s thought and my prayers are with you. Again, I have no words; however, I do know in my own dark times leaning on the faith that God is still on the throne made the hurt and reality of earthly pain a little less intense even when I couldn’t understand why things seemed so out of control. Please allow yourself time to grieve and reach out to others when it gets too rough. You have many moms in the community who are grieving with you. XO

I wish I had the right words to say. I remember coming over and watching Timmy with Kim. I love all of you and your entire family. I’m always here for you guys. Love you always.

Timmy and I were pretty close.. I can’t call off of work short notice or I would be there tomorrow to see you but I want you all to know your in my heart and prayers.. and I love you all… and I’ll miss you tim. More than you know bud.

What moves through us a silence, a quiet sadness, a longing for one more day, one more word, one moree hour. We may not understand whyyou left us so soon or why you left before we were ready to say good-bye, but little by little we begin to remember, not just that you died, but that you lived. And your life gave us memories to beatiful to forget.
May memories of Timmyand the love of many others surround you and give you strenth in the days and months ahead Much love from all of the allevas

Kim, Brian, Martha, and Kathy,
Just wanted to let you know that y’all are in our thoughts and prayers. Try and be strong, if you need me I am here for you. Love you, Aunt Marilyn

I remember walking into miliken’s class and seeing Timmy. The moment I walked in Timmy and I wouldn’t stop talking. We’d walk over to headly’s, Bennett’s, and Farmer’s room together. Timmy was honestly one of my best friends. When I seen up at school last Friday I was so happy because I seen my best friend. Then a few days later my sister gave me the news. It broke my heart so much. I love you Timmy, rest buddy. I’ll always cherish our memories and how much fun we had. Fly high Angel

Deepest condolences and brightest blessings to you all during this difficult time. May the God grant you all solace and peace somehow amidst this unthinkable tragedy.

Kathy, Martha, Kim and Brian,
No words can express how heartbroken we are over the loss of Timmy. Please accept our sincere condolences in this difficult time. You are always in our thoughts and prayers.
Love, Sarah and Chuck

Tim and Leesa and family