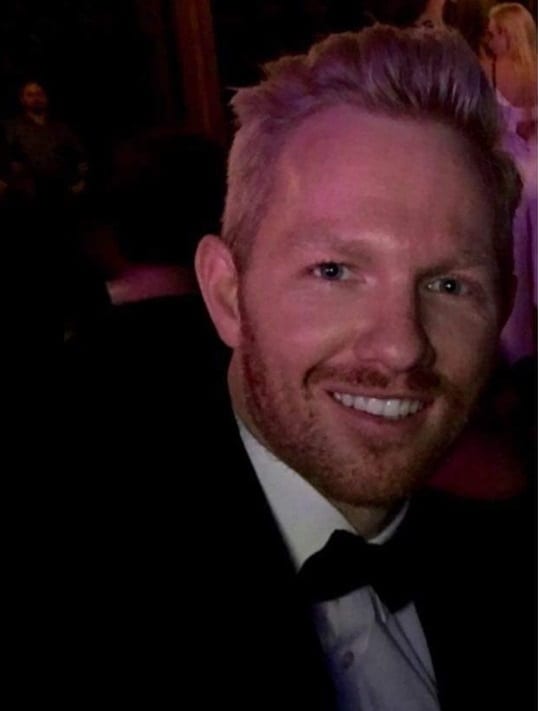 Born October 7, 1985, Todd was the son of Howard and Pamela (Butts) Stamp III of McMechen. He graduated from Bishop Donahue High School in 2004 and from West Virginia University in 2008. He was employed by Horizon Pharmaceuticals in Miami as a Senior Sales Manager.

Todd was a vibrant person who exuded his confidence and positive energy to all those around him. He loved his family and friends, especially in the Miami area, he always put them first.

In addition to his parents, Todd is survived by a brother, Timothy (Shannon) Stamp, of Wheeling; two sisters, Katie (Brendan) Welsh of Wheeling and Emily (Paul) Allen of Moundsville; his partner, Tony Villa; three nephews and a niece, Noah, Knox, Mason and Kinley; and his four legged companions, Bongo and Bernie.

Family and friends will be received Monday, August 15, 2016 fro m1-8 pm at Altmeyer Funeral Homes, Benwood-McMechen Chapel, 215 Marshall Street, where services will be held, Tuesday, August 16 at 11 am with Sarah Barickman as Life celebrant.

Pam & Family, so sorry for your loss. Thoughts & prayers.

Stamp Family, Emily I am so sorry to hear of the passing of your brother. I remember you talking about your brothers to me at work before. Such a great family! Please know you are in my thoughts and prayers. God Bless

Thinking of your family and praying for you in this most difficult time, Todd was a friend to all who knew him and he will be dearly missed!!

To the Stamp Family and Friends,

I first want to say how incredibly sorry I am to The Stamp family and loved ones for your loss. This world truly lost an incredible person and even better soul! The world will not be the same with out Todd!

Todd radiated with light and laughter. I honestly do not recall ever seeing Todd sad, even during the toughest times in his life. I met Todd and Erica (aka Barbie and Ken) in College at WVU. At first I was unaware Todd had a twin. Every time I saw either Todd or Tim at the gym (of course), I would always say Hiii! Tim probably thought I was crazy! Eventually, I saw them together at Bent Willy’s (where else would all the cool kids be?) and I was astonished! How come no one told me Todd had an identical twin, I thought… “Two good looking guys that look exactly the same (to me at least), how awesome is that”, I said to myself.. In 2008 we were unfortunately forced to graduate college and part ways. I moved to Fort Lauderdale and Todd and Erica stayed in WV/VA. However, it was magic to my ears when Erica called me one day and said she and Todd were moving to Miami. I was ecstatic!! I thought to myself, “Finally, some fun, positive, and genuine people in my life”.. They always made me feel right at home and made life so exciting! I always crashed at their place and never felt like the third wheel. Eventually, I moved back to NYC and I was so sad to leave the sunshine aka Todd and Erica. However, I was so blessed that we all stayed in touch. When Todd would visit NYC he would stay with my husband and I, and it never felt like there was any lapse in time. We always picked up where we left off, laughing of course! My husband and I have a tendency to give nicknames to people. Todd eventually became Toddles to us! We shared so many fabulous memories at different points in our lives. We had a good laugh last October during Halloween because he dressed up as “Trashy Ashley” HAHA! I said, “Thanks Todd for calling me Trashy”.. I could never get mad at him because I knew he was always joking!

I am so grateful to have known Todd (Toddles) and even more appreciative that I had the opportunity to watch him develop into an incredible loving adult over past 10 plus years. He had so many lovely qualities about him! If we can learn anything from Todd, it would be to always make the best out of what life throws at you. He laughed when he was happy, he laughed when he was nervous, and he even laughed when he was sad.. No wonder why he had six pack abs, laughing burns calories! He gave off this incredible positive energy that made strangers gravitate towards him. These strangers became close friends almost immediately. Who wouldn’t want to be friends with such a charismatic person? He touched so many peoples lives in the best way possible!! You will truly be missed Todd (Toddles) Stamp!!

I pray that during this extremely difficult time, his loved ones can find peace in knowing that his life was 100% complete! He truly accomplished so much in his 30.5 years here on earth. I know that one day, we will all meet again!!

You are in our thoughts and prayers Stamp Family.

Tim and The Stamp Family,
I am so sorry for your loss. You are in my thoughts and prayers.

Pam, Howie and family, So sorry for your loss. Our sincerest condolences to your family.

Words cannot express how sad I feel feel for your family. Todd was an amazing person with a beautiful heart. He touched Manny people and his energy and light was incredible. R.i.p my friend u will forever be missed and loved.

Todd I’m still in disbelief many reps come by our office but none like you. You always lit up our office with ur stories, your weekends, nonetheless your trips. As for your family left with such emptiness and pain may God console each and everyone of their hearts. To the Stamp family I kind of felt like I knew you with the pics and stories he would come in saying of you. I pray for both the family and for you Todd you will be missed dearly. May god Bless your family and may you have eternal peace..