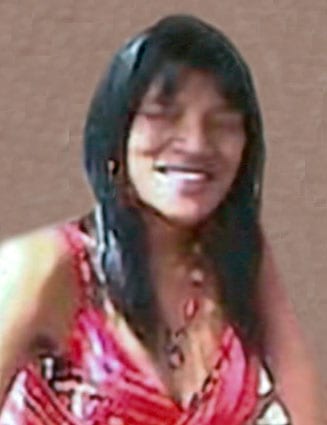 HARRISON, Tonya M. 62, of Wheeling, W.Va., died Saturday, June 20, 2015 at OVMC.
She was born December 8, 1952, in Wheeling, a daughter of the late Doldridge and Dorothy Brown Harrison.
In addition to her parents, she was preceded in death by three brothers, Richard Eugene Taylor, Juan Hopkins, and Tayvan Hopkins.
She is survived by her four children, Tamara Donnell Harrison, Frank Harrison, Ricardo Harrison, and Curtisteene Harrison all of Wheeling; lifelong friend and ex-husband, Frank Choat; five sisters, Almeda Webb of Wheeling, Eartha Smith of Wheeling, Donnell Harrison of Wheeling, Jacquetta Harrison of Wheeling, and Odessa Williams of Buffalo, N.Y.; three brothers, Doldridge Harrison Jr., Cornell Williams of Buffalo, and Lee Williams of Buffalo; ten grandchildren; and several nieces and nephews, including Tamika Jones.
Friends will be received on Tuesday, June 30, 2015 from 4-8 pm at the Altmeyer Funeral Home, 1400 Eoff Street, Wheeling, where funeral services will be held Wednesday, July 1, 2015 at 10 am with Rev. Dr. Melvin G. Rippy Officiating.
Online condolences may be expressed to the family at www.altmeyer.com <http://www.altmeyer.com>

It’s difficult to move on when you know that she is gone…Gone beyond our reach,leaving this mortal world behind. But she has left us with memories that no one can take away, memories that will bring forth a smile and conquer the painful tears. It is time to remember her smiling, till we see her next in Heavenly Bliss. My God be with your family during this time, In my thoughts and prayers.

May friends and family help in coping with your loss , may God’s Word also give you hope and comfort during this difficult time. In the near future, sickness and death will be swallowed up forever – Isaiah 25:8; Isaiah 33:24; Isaiah 42:8.

The loss of a loved one in death, is a painful and difficult experience. A time when there is a need for comfort. It is my hope that you will find comfort from prayer to “the God and Father of our Lord Jesus Christ, the Father of tender mercies and the God of all comfort, who comforts us in all our trials.” 2 Corinthians 1:3, 4. Confident that you can throw all your anxiety (cares or worries) on him, because he cares for you. 1 Peter 5:7.