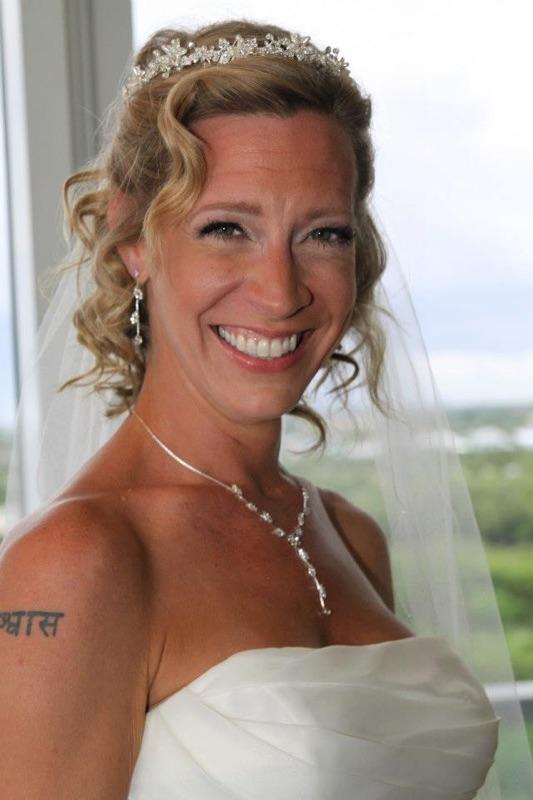 Tori Beth Harter Williams, 39, of Jupiter, FL, formerly of Wheeling, WV, passed away on Sunday, August 30, 2015, surrounded by her loving family in Wheeling.
She was born December 30, 1975 in Wheeling, the daughter of Gary and Vicki Chaddock Harter.
Tori worked as Pediatric Emergency Room nurse for Palms West Hospital, and was a member of the Dallas Pike Baptist Church.
She is preceded in death by her grandparents, Carl and Janie Chaddock.
In addition to her parents, surviving is her loving husband, Chris Williams, two step-children Gabe and Lilly Williams, a brother Jesse Harter of Wheeling and his three children Nya, Jesa and Meya, a half sister and half brother, many nephews, nieces, cousin, aunts and uncles, and many friends that Tori considered family. Friends received 2-8 p.m. Friday at Altmeyer Funeral Home, 154 Kruger St., Wheeling, where funeral services will be held at 10:00 a.m. Saturday, September 5, 2015, with Rev. Ben Nobile officiating.
Memorial contributions can be made to Hope for Hines, Liza’s Place or the family.
Online condolences can be given at www.altmeyer.com

Will always remember your infectious smile and never-ending gentle kindness…. Rest easy my Friend….. You will be missed so much….. Xxxooo.

Our heartfelt condolences to you and your family in this tragedy. May God Bless all of you and give the strength to endure this pain.

Rest in Heaven sweet angel. You are truly missed by the Palms West family. I’ll never forget the kindness you showed; you always had a smile and spread positivity. Hug Jesus for me Tori. Love you always!

Chris, it’s difficult to say anything meaningful , just know I am so very sorry for your loss.
Will keep you in my heart and send healing thoughts and hugs.
Fondly, Susan Lindquist

My deepest sympathy for your loss of such a loving and kind lady. She had a smile and good word for everyone. May God bring you comfort and peace.

Tori, you smile will be truly missed. God has gained an angel.

I am so sorry we have lost such a beautiful person and nurse. I am keeping this family in my prayers.

Tori was the sweetest soul. We adored her. Fly high with the Angels beautiful lady.

Tori will be missed by all of us at Palms West ER..she would always say, “Ms Vee, we’ve not bonded today “, then we would hug..rest in peace Tori.