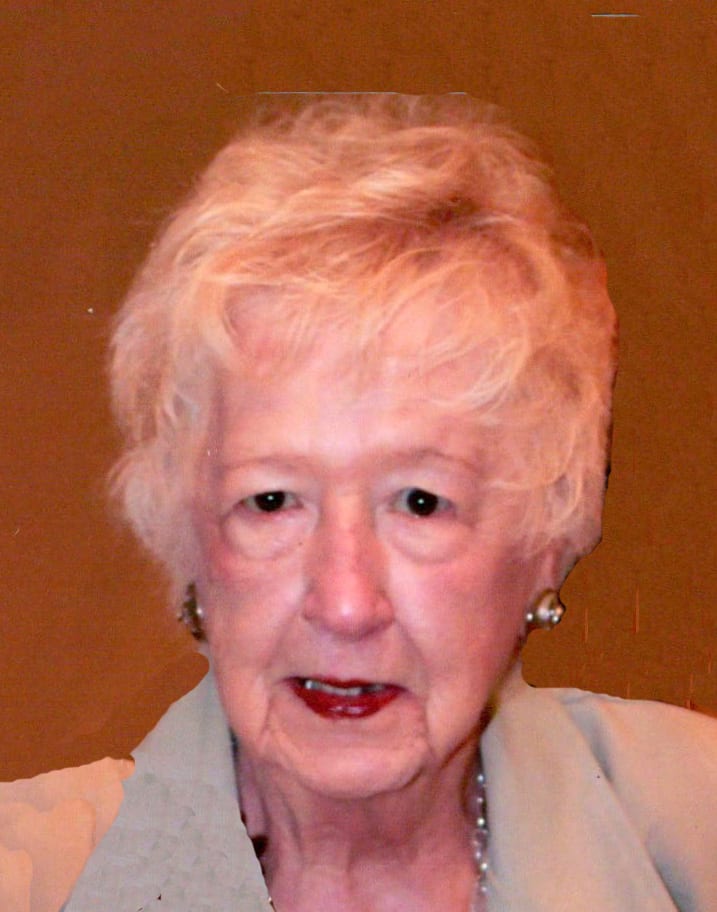 She was born May 30, 1923 in Wheeling, WV, daughter of the late William& Anna Regina (Nolte) Crawford.

Madeline was a homemaker, Catholic by faith, member of the Island Senior Citizens and Island Garden Club, avid card player and crafter. She was an outstanding cook, especially her pies, a wonderful mother, grandmother and great grandmother, and heaven is a little sweeter now.

Friends will be received Sunday, December 13, 2015 from 4 -7pm at Altmeyer Funeral Home, Wheeling Chapel, 1400 Eoff Street, Wheeling, where funeral services will be held Monday, December 14, 2015 at 11am with Pastor Sam Anderson officiating.

Georgeanne and families, your Mom will be greatly missed, she was a special lady with a great zest for life, she made our Garden Club so special with her favors she made and gave to each of us.. Blessings

Dear Dennis, Georgianna and entire family, please accept our sincere condolences for Madalyn, one of the nicest women to ever touch our lives. We will hold her memory fondly in our hearts and minds as the nicest neighbor we ever had. Our thoughts and prayers are with you ALL at this time.
As ever and Always, Connie and Sandi

May God remain your source of strength during this time. You certainly have years of memories that fill your heart. Was so glad to know your mother and see her recently in your office, Georgeanna. May all rely on our Lord in these difficult hours..

We are very sorry to hear of Madeline’s passing. We sure will miss her wonderful spirit and smile. And yes: Heaven is most definitely a little sweeter now.
With love and sympathy,
Sue Cunningham and family