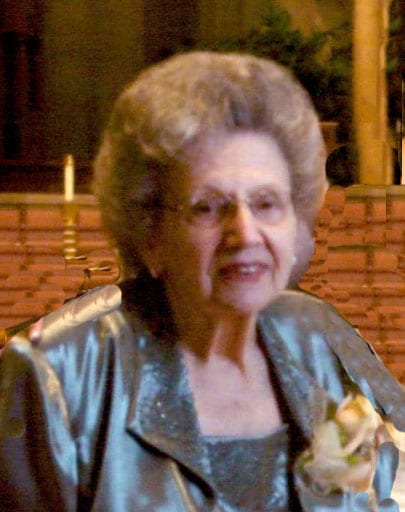 She was born April 5, 1923, in Wheeling, a daughter of the late Salvatore “Sam” and Assunta (Capobianco) DeFazio. She was a graduate of Wheeling High School, Class of 1941. She was a legal secretary for the former Schiffler Law Office following graduation from high school. She was a member of St. Joseph Cathedral in Wheeling, a member of the Italian American Club Ladies Auxiliary, the Knights of Columbus Ladies Auxiliary, a former member of the Christian Mothers, and was the former secretary of the West Virginia State Road Commission District 6.

In addition to her parents, she was preceded in death by her husband, Orlando A. Sacco, and two sisters, Edith Kotlas, and Adelina Bernard.

Friends will be received on Friday, May 27, 2016 from 4-8 pm at the Altmeyer Funeral Home, 1400 Eoff Street, Wheeling, where a vigil service will be held at 7 pm. Mass of Christian Burial will be celebrated on Saturday, May 28, 2016 at 11 am at St. Joseph Cathedral with Msgr. Kevin Quirk officiating. Entombment will follow in Mount Calvary Cemetery, Wheeling.

In lieu of flowers, the family requests memorial contributions be made to the Alzheimer’s Association, 225 N. Michigan Avenue, Floor 17, Chicago, Ill. 60601 and to the Catholic Neighborhood Center, 125 18th Street, Wheeling, W.Va. 26003 or through www.TreasuredMemoriesFunding.com

Sorry to hear about your mother.

Dear Lanny,
Although it has been 50 yrs, I still remember you fondly and the wonderful times we shared at WJU. My heartfelt (and Tom’s too) condolences go out to you and your family during this very sad time. Stay well, my old friend………

Dear Lanny and Family,
Your mother was a woman of great faith — sufficient enough a half century ago to believe you would actually make it through college. God bless her. She has earned her sainthood.

Dear Lanny and family, We are so sorry about your mother. My mom always spoke so highly of her. Heaven just got another Italian angel.

GREG AND FAMILY: SO SORRY TO HEAR OF MRS. SACCO PASSING. HEAVEN TOGETHER WITH HER Husband ORLANDO. REST IN PEACE MAY GOD BLESS.!

Lanny and Family,
I am very sorry to hear of the passing of your Mother. I will keep Her and all of You in my thoughts and prayers.

Dear Lanny
Sending our prayers and thoughts to you and your family. We are so sorry for your loss. See you at our 50th reunion. Love Jeanne and Clark

Lanny and Carole, we are so sorry to hear about your mom. Please know that you and your family are in our thoughts and prayers.

My dear friends,
I am very sorry to hear of your loss. My prayers for your mother/ grandmother. Remember all the good times during this time of sadness.