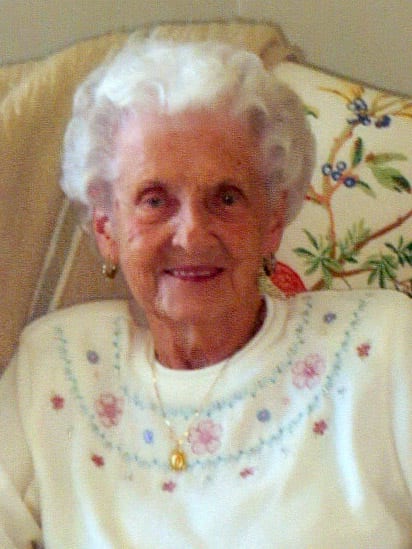 She was born October 24, 1924 in Wheeling, the daughter of the late Joseph A. and Teofila Gawrych Podeszwa.

Virginia was a retired seamstress for the former West Virginia Garment Factory, Wheeling and a member of St. Alphonsus Catholic Church, Wheeling.

In addition to her parents, she was also preceded in death by her husband, Chester Bucon in 1998, seven brothers and two sisters.

There will be no visitation at the funeral home. Family and friends are invited to a Mass of Christian Burial on Tuesday June 26, 2018 at 12 pm at St. Alphonsus Catholic Church with Msgr. Anthony Cincinnati as celebrant. Interment to follow at Greenwood Cemetery, Wheeling.

Patty and Donna,
Fondly remember your mother as such a kind and lovely person. My thoughts and prayers are with you, and yours, at this sad time. God bless all of you now and always.

I was privileged to visit a few moments with Virginia on Friday. She expressed how she loved my Mother who passed 10 years ago. I will cherish the memory.

Virginia was a wonderful woman and a great inspiration to many. She will be missed. My condolences to the entire family and friends.

Pat and family, On behalf of the parishes of St. Alphonsus, St. John and St. James I pray that you find peace and consolation in knowing that your mother is at rest safe in the arms of our Lord and Saviour Jesus Christ. God bless all.

Remembering Pat’s mom as a kind, sweet, caring woman who was lovely in every way. She will be missed by all who had the honor of knowing her. Until we meet again, dear Virginia.