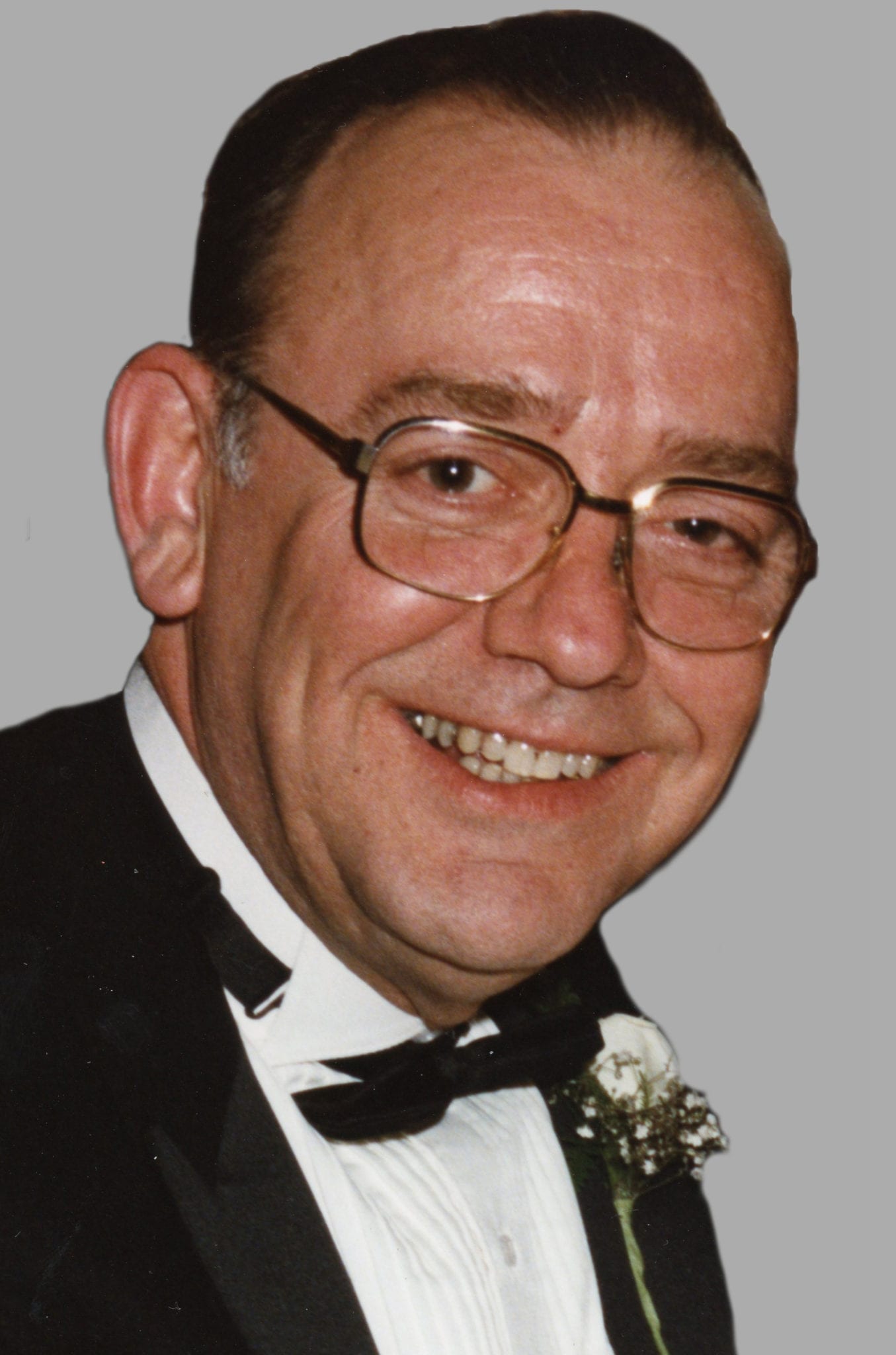 He was born April 13, 1935, a son of the late W. Vernon Smith, Sr. and Elizabeth Chison Smith. In addition to his parents, he was preceded in death by a loving wife, Donna Koontz Smith in 2007. He died and was reunited with her on what would have been their 59th wedding anniversary. He was also preceded by his brothers, Roger F. Smith and David W. Smith.

Bud graduated in 1953 from Wheeling Central Catholic High School and served in the U.S. Army Reserves for six years. He was also a graduate of the West Virginia School of Banking. Throughout his professional career, he was active in banking, government and real estate.

He was the retired president of Marshall County Thrift and Loan Company in Moundsville and also was the managing partner for Glen Dale Manor, Inc.

Surviving are his three children, a son, William “Buddy” Smith and his wife Eileen of Moundsville and their children, Maribeth, Katie, Philip, Elizabeth and Christine; a daughter, Diane Delp and her husband Keith of Canal Winchester, OH and their children, Ashley Whitlatch and her husband Justin, Christopher and Matthew; and a son, Paul Smith of Wheeling. He is also survived by a sister, Sara Walters and her husband John of Moundsville; sisters-in-law, Gussie Smith and Eleanor Smith of Wheeling and a brother-in-law, Ronnie Koontz of Glen Dale; as well as several nieces and nephews.

There will be no visitation. Friends and family are invited to attend a Memorial Mass at 11am Tuesday, May 10, 2016 at St. Francis Xavier Catholic Church, 610 Jefferson Avenue, Moundsville, with the Rev. Douglas Ondeck as celebrant. A luncheon will immediately follow in the church basement.

In lieu of flowers, memorial contributions may be made to Bishop Donahue High School, 325 Logan St., McMechen, WV 26040.

Personal condolences may be offered to the family at www. altmeyer.com.

Dear Buddy and Paul, My thoughts and prayers are with you and your family.

DON’T REALLY HAVE THE WORDS, OTHER THAN SORRY FOR YOU LOSS. WE ARE ALL BETTER PEOPLE FOR HAVING KNOWN HIM AND YOUR FAMILY. KEEP THE FAITH, JOHNNY

buddy and family. so sorry to hear of your dad. from kim 1 big kim calledme both I’m sure I speak from everyone on behalf of everyone at the press club. He will be missed his stories O rielly guy politics talking and all . thoghts and prayers with your family

Paul & Buddy, so sorry to hear about your dad. Just wanted to let you know that you and your family are in our thoughts and prayers. The Paolettis

I hate to hear of my “mentors” passing. Bud was a great man and friend. R.I.P.

Buddy, sorry to hear of the loss of your dad. I’m sure he will be greatly missed, but will always live in the hearts of everyone he touched throughout his life. God Bless

He was a great man who will be sorely missed. A throwback to a great generation.

He was a great man who will be sorely missed. A throwback from a great generation.

He was a great man will be sorely missed. A throwback to a great generation.

Sorry about your dad, Buddy. I’m sure he’ll be remembered and live on in the hearts and minds of all of those who knew him during his time here on earth. One of those rare ones who left this world a better place than when he got here.