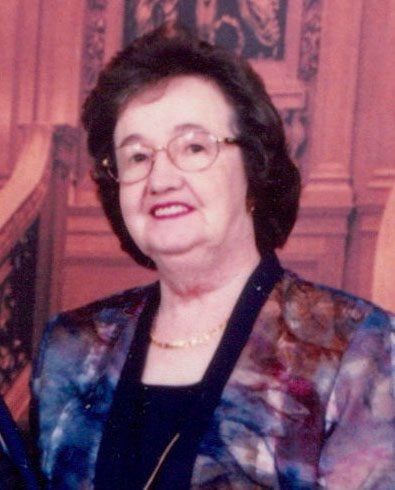 She was born in Littleton WV to the late Harry and Kitty (Carpenter) Longwell. Waveline was a member of “Harvest Baptist”. She was a loving wife, mother, “Gram”, daughter and sister.

In addition to her parents she is preceded in death by her husband Donald T. Carpenter (2016); one son, Roy Carpenter; her daughter, Karen Mowder; one grandson Rex Carpenter Jr; sister Edith Holman and three brothers Clifford, Kenneth, and Melvin Longwell.

Waveline is survived by her sons Rex Carpenter Sr. and Donald (Kristy) Carpenter; her daughters, Ginger Kuhen and April (Rob) Brock; two sisters, Goldie Oliver and Frannie Keller. In addition, she will be sorely missed by 6 grandchildren, 17 great-grandchildren, and a multitude of nieces and nephews.

SORRY FOR YOUR FAMILY’S LOSS

Sorry sorry for your family’s loss

Sending thoughts of love and peace to family and friends. With fondness, Andrea & family.

So sorry for your loss. I pray Wave is now smiling and at peace . God’s Blessings on the Carpenter family. Carolyn & Phil.

I love you gram

So sorry for the sadness although angels in heaven are rejoicing with this wonderful beautiful soul!

So sorry for your loss❤️ Love and prayers for the family