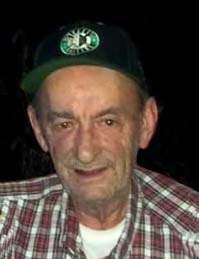 McGLAUGHLIN, Wayne M., 79, of Wheeling, W.Va., died Tuesday, August 16, 2016 in Ruby Memorial Hospital.
He was born January 11, 1937, in Wheeling, a son of the late Elmer and Nelly (Gump) McGlaughlin. He was a retired painter with the Painters Union Local 91, and a veteran of the U.S. Army serving 2 tours of duty.
In addition to his parents, he was preceded in death by one daughter, Susie Tamburin.
He is survived by his lifelong companion, Cynthia Tamburin; one granddaughter, Tamica Tamburin (Mike Haught); and four great grandchildren, Markus McIntire, Tyler Haught, Cayden Haught, and Colton Haught.
Friends will be received on Tuesday, August 23, 2016 from 12 pm until time of service at 3 pm at the Altmeyer Funeral Home, 1400 Eoff Street, Wheeling, with life celebrant, Sarah Barickman officiating.
In lieu of flowers, Memorial contributions can be made to the House of the Carpenter (click here) via www.tmcfunding.com <http://www.tmcfunding.com>
Online condolences may be expressed to the family at www.altmeyerfuneralhomes.com <https://altmeyerfuneralhomes.com>

DEAR SWEET WAYNE N FAMILY. I KNEW YOU HADNT BEEN WELL. UNFORTANATELY, IVE JUST SEEN THIS OBIT TODAY 9/16/16.TO ALL OF WAYNES FRIENDS AND FAMILY, YOU ARE IN MY PRAYERS AND HAVE MY DEEPEST CONDOLENCES. I WILL MISS YOU WAYNE. R,I,P,

My deepest condolences to everyone.i just loved Wayne him and my dad Chester were great friends.and he always made me laugh

We will miss you at the legion of the guardsman wayno .Fly with the angels my friend.

Dear Family & Friends, I am so deeply sorry to hear about yor loss. We all want to spend our lives with the ones we love and death gets inthe way of that. Wayne will be missed, but not forgotten because Jesus said at John 5:28,29 that there will be a resurection. This means that Wayne will be given a fresh new start with the prospect of living forever without death anymore (Ps. 37:29; Revelation 21:3, 4). I hope that these promises found in the Bible will bring comfort to all of you during this difficult time. Again i am so sorry for your loss.

May your memories of Wayne M. McGlaughlin, give you peace, comfort and strength…

My sincere and deepest condolences to the entire family and friends of Wayne. Denny Albaugh