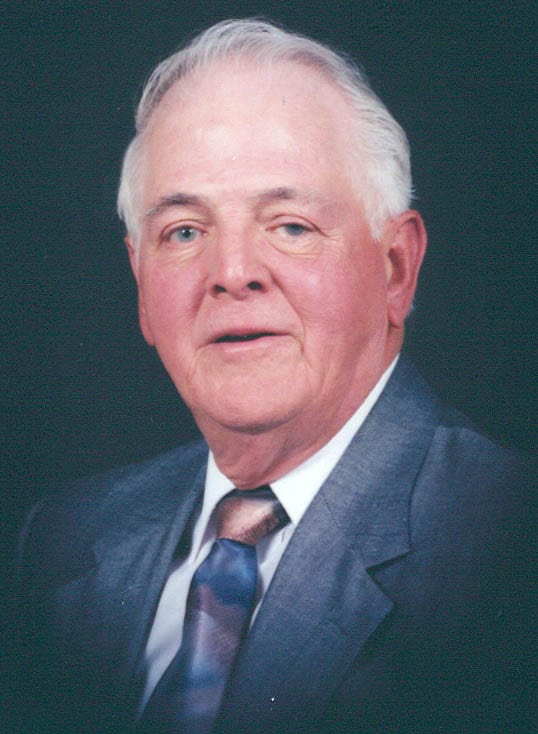 He was born April 5, 1925 in Wheeling, WV., the son of the late William F. and Bessie Moore Mueller.

Bill was a retired assistant chief  for the Wheeling Fire Dept where he served as chief inspector for the bureau of fire inspections.  ; former Executive Director for Wheeling Housing Authority; past Exalted Ruler Elks Lodge #28; a member of Warwood Vets ; a 3rd degree Knights of Columbus and a U.S. Army veteran of WWII serving in Europe.

In addition to his parents, he was also preceded in death by his wife, Virginia Lee Mueller in 1988 and two sisters, Gertrude Martin and Edna LaGanke.

Surviving are his longtime companion Dorothy West of Wheeling ,  nephews Joseph Kerington of Florida and Craig Karges (Charlotte) of Wheeling.

Family and friends will be received on Sunday November 12, 2017 from 2-4 pm and 6-8 pm at Altmeyer Funeral Home, 154 Kruger Street Elm Grove, Wheeling. Mass of Christian Burial will be Monday November 13, 2017 at St. Michael Catholic Church, Wheeling with Rev William Matheny as celebrant. Entombment to follow at Mt. Calvary Mausoleum, Wheeling. Full military honors will be held at the mausoleum by the Moundsville Honor Guard along with Wheeling Fire Department Honor Guard.

We were next door neighbors at 25th and Eoff Street in Wheeling through the ’50’s 60’s and 70’s. We remember we’ll Mr. Mueller, Bessie and Bill. Jackie and Joe Kerington resided there as well; good times and good memories. Our condolences to you and family. Accept our prayers for Bill’s repose. Regards to Joseph.

Sorry to learn about Bill.

Please know that you are in our thoughts and prayers during this very difficult time.

Aunt Dorothy and the entire family. Our condolences from Michigan and Indiana. We remember Bill as always fun, ready for a party and kind to everyone. Thinking of you all at this time. Beth Christman Russell and Michael Christman and families in Ann Arbor, Michigan and Fort Wayne, Indiana.

To the family and friends of William please accept my deepest condolences. Jehovah God Psalms 83:18 loves and cares about all of us we are precious to him he never planned for us to die. Very soon he will commission his son Jesus Christ to resurrect the loved ones we have lost in that back to life John 5:28,29, right here on a brand new Paradise Earth under Jesus Christ Kingdom rule that he taught his followers to pray to come in the Lord’s Prayer no more sickness pain or death Life Without End Revelation 21:1-4 jw.org.

May your memories of William Mueller, give you peace, comfort and strength…

My sincere and deepest condolences to the family and friends of Bill. Denny Albaugh