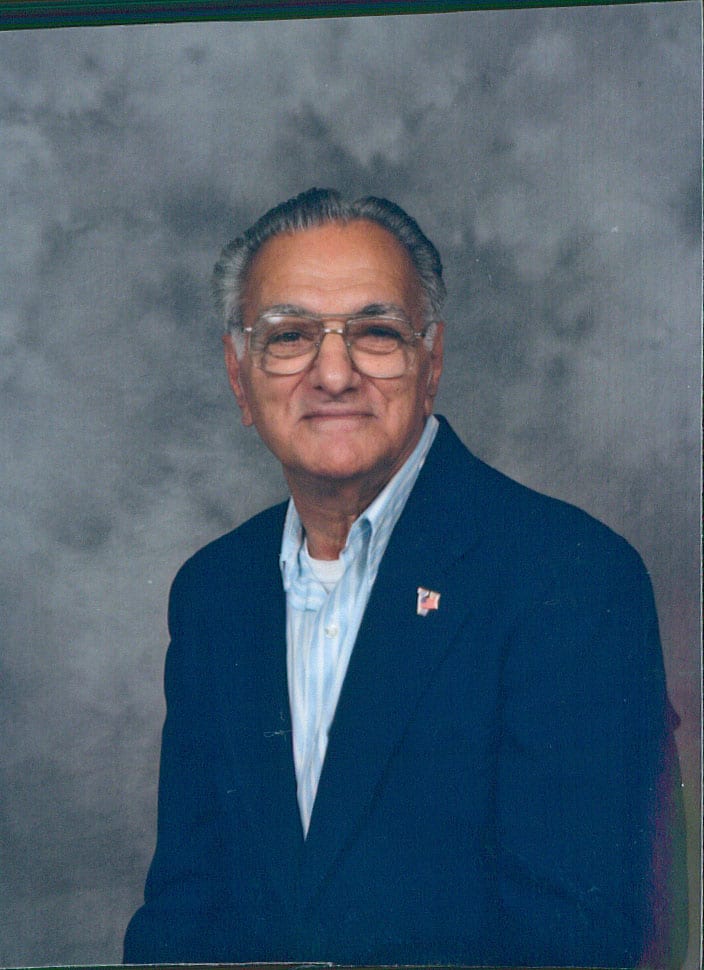 DANIEL, William S. Jr., 91, of Wheeling, W.Va., passed away Thursday, September 1, 2016 in Good Shepherd Nursing Home.
He was born August 23, 1925, in Wheeling, a son of the late William S. Daniel Sr. and Mary (Habdo) Daniel. He was a member of Our Lady of Lebanon Church in Wheeling. He was retired from Penn-Wheeling Closure. He was a U.S. Army veteran serving in WWII and was a prisoner of war.
In addition to his parents, he was preceded in death by his wife, Mary Elizabeth (Bommer) Daniel, three brothers, Victor, James, and George Daniel, and two sisters, Roberta Connelly and Bebe Panepinto.
He is survived by one daughter, Rebecca (Michael) DiFabrizio of Shadyside, Ohio; one son, William S. Daniel III of Calif.; and one grandson, William J. Daniel of Wheeling.
Friends will be received on Monday, September 5, 2016 from 2-4 & 6-8 pm at the Altmeyer Funeral Home, 1400 Eoff Street, Wheeling, where a vigil service will be held at 3:30 pm. Mass of Christian Burial will be celebrated on Tuesday, September 6, 2016 at 11 am at Our Lady of Lebanon Church in Wheeling, with Msgr. Bakhos Chidiac as celebrant. Interment with military honors will follow in Mount Calvary Cemetery, Wheeling.
Online condolences may be expressed to the family at www.altmeyerfuneralhomes.com <https://altmeyerfuneralhomes.com>

Wishing you peace with deepest sympathy to you and your family. It is always a loss when one of our Hero Veterans pass on. He will be greatly missed.

SO SAD TO SEE THE PASSING OF BILL. HE WAS A GOOD MAN. WILL MISS HIM…

May your memories of William S. Daniel, Jr., give you peace, comfort and strength…

My sincere and deepest condolences to the entire family and friends of “Bill”. Denny Albaugh