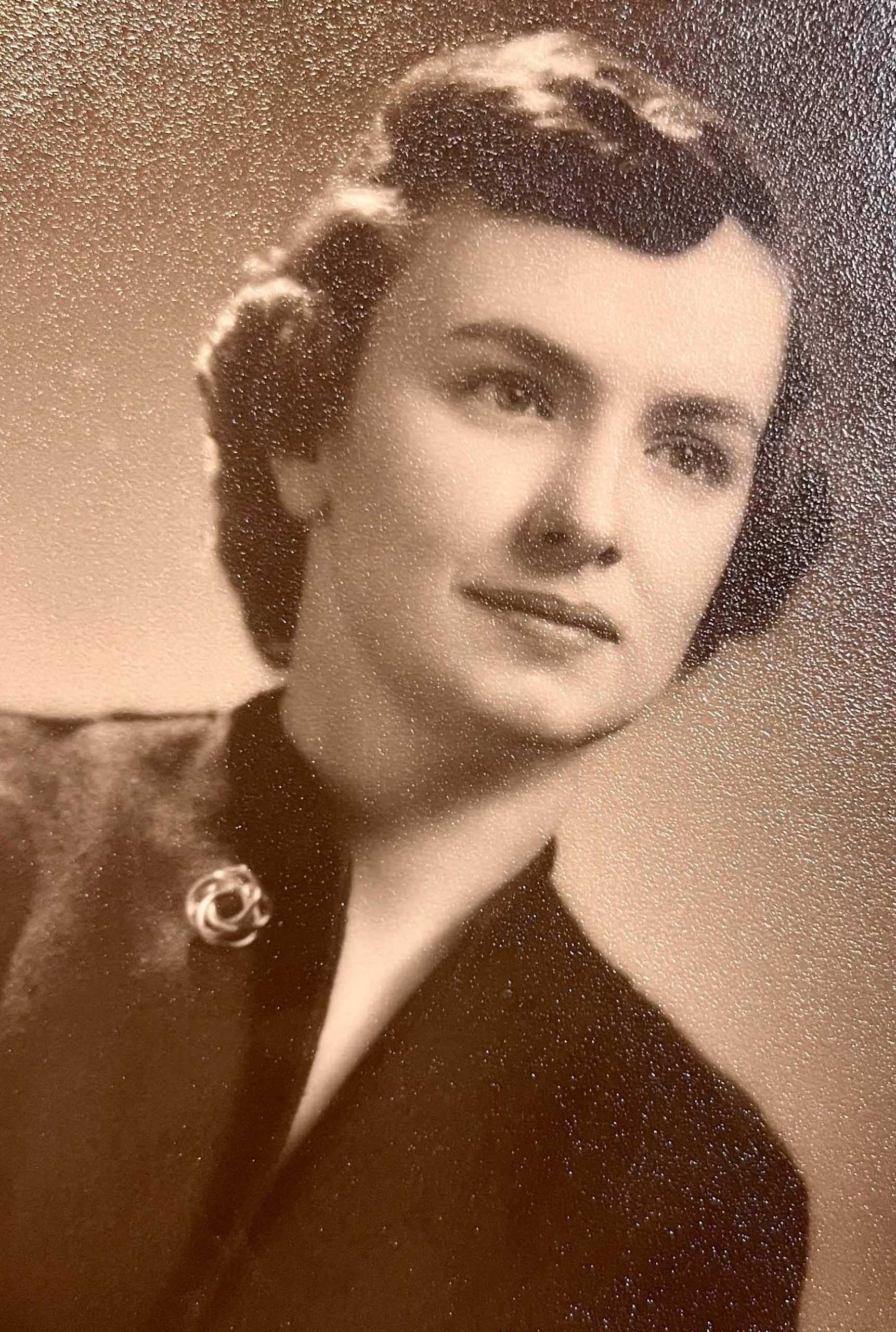 Wilma Lois (Holler) Collins, 91, of Wheeling, WV passed away peacefully at home surrounded by her family on April 12, 2022. She was born in Bridgeport, Ohio on January 29, 1931 to the late William and Jane (Watson) Holler.

Wilma had many friends. She loved to play bridge and spent many cherished afternoons with the ‘Lunch Bunch’. She was an avid reader and sports enthusiast. Throughout her life, Wilma was very active. She loved to play tennis, take long walks and she also loved to craft. She worked tirelessly on cross stitch patterns and gifted many treasured pieces to family and friends.

Wilma was a devout Roman Catholic. She graduated from the Cathedral Grade School and St. Joseph’s Academy. She faithfully served in her community as a volunteer and Board Member of the Auxiliary of Wheeling Hospital and served as a member of the Charter Guild of Wheeling Jesuit University and the Oglebay Institute.

Family and friends will be received Mon., April 18 from 5:00 – 8:00 p.m. at Altmeyer Funeral Homes, 1400 Eoff Street, Wheeling. Mass of Christian Burial will be celebrated Tue., April 19 at 10:30 a.m. at the Cathedral of St. Joseph. Interment will be held at Mount Calvary Cemetery.

In lieu of flowers, memorial donations may be made to Catholic Charities, Corpus Christi Church or the Cathedral of St. Joseph.

I am so sorry to read this news .I met Mrs .Collins at the office where I worked … I loved our conversations through out the years …such a dear lady. My parents knew her and Mr.Collins , so she always asked about them! Gosh bless!

It saddens me to read about the passing of Wilma. She was a true lady in every sense of the word. I met Wilma and Jim through tennis. She was always a pleasure to be around. Her kindness never wavered. She will be missed by all those who had the opportunity to know her. May the Collins’ family find peace in your faith and find comfort from your memories. Jim and Wilma are together once again. RIP With my deepest sympathy to the family.

Heartfelt condolences to the Collins family on the passing of Mrs. Collins. Our families were acquainted for many years, and I miss the times at the Collins’ home with Tim and friends. Mrs. Collins was a gracious host and a wonderful lady.

Dear Collins Family, I was very sad to hear about Wilma’s passing. My heartfelt thoughts and prayers are with you all. She was a beautiful, gracious lady and I have many happy memories of our tennis days and Sunday brunches! May she Rest in Peace.

To the Collins family,
I am so sorry for the loss of Mrs. Collins. I was really shocked to hear how quick it was. I really enjoyed all of the years I had with her. She was a wonderful lady. I am really going to miss going there every two weeks. My thoughts and prayers are with every one of you. Rest in Heaven Mrs. Collins.

Dear Collins Family,
Alice & I were very sorry
to hear about Wilma’s passing.
Our thoughts and prayers are
with you & your family.
May you find strength & comfort
to help you through this time
of sorrow.
Wilma’s Friend & neighbor
In Williamsburg Circle.
Love, Tom & Alice Lemley
Port Saint Lucie FL