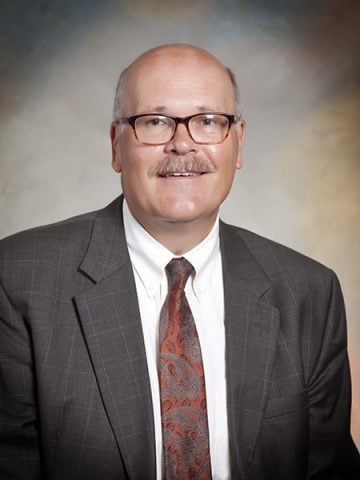 Drew R. Seabright is a Funeral Director with the Altmeyer Funeral Home. Drew attended West Liberty State College and graduated from Pittsburgh Institute of Mortuary Science in 1979, and holds dual licenses with West Virginia and Ohio.

Drew was born and raised in Wheeling, WV, son of Wilbur “Bud” and Leanna Richard Seabright. Following in his father’s footsteps as a Funeral Director with the McCoy Funeral Home, Drew was affiliated with W. Gibson McCoy for 18 years and worked at the Bauknecht-Altmeyer Funeral Home in Bellaire, from 1991 until 2011, when he returned to Wheeling to work at the Altmeyer Funeral Home.

Drew is a member of Vance Memorial Presbyterian Church. Drew resides in Wheeling with his wife Karen Langmyer Seabright and has 2 daughters, Claire Bermudez and her husband Caleb, Anne Swank and her husband Ben, 4 granddaughters; Lydia and Elena Bermudez, Esther and Callie Swank and a grandson, Aslan Bermudez.