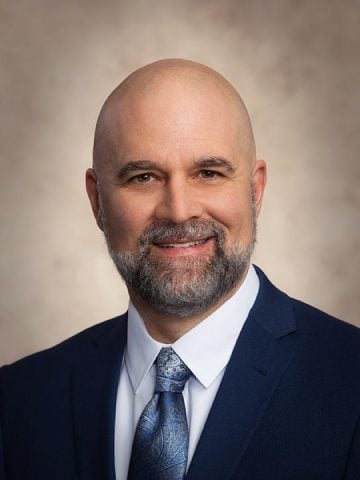 Eric L. Shields joined the Altmeyer Funeral Home in 2006 working primarily as an embalmer part time until 2008, when he became a full time member of the staff. Eric is a 1994 graduate of Ohio University, Athens with a Baccalaureate degree in Exercise Physiology and a 1995 graduate of The Cincinnati College of Mortuary Science. Upon completion of his mortuary science education, he began his career in funeral service with the Schoedinger Funeral Homes in Columbus where he was employed as a funeral director / embalmer for their Hilltop and State Street Chapels.

Born and raised in Harrisville, Ohio, Eric is the son of Charles and Dolly Shields. He is the father of daughter Alexa and son Logan. In 1997, Eric became affiliated with the Wilson Funeral Homes where he was embalmer/funeral director, pre-arrangement counselor as well as manager of their Dillonvale branch.

An avid sports and outdoor enthusiast, Eric enjoys many activities including golfing, hunting and motocross racing, and is a diehard Steeler’s fan.