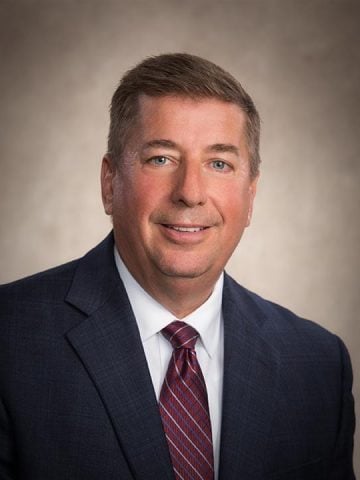 Gene serves as Regional Vice-President and General Manager of the Altmeyer Funeral Homes & Crematory of West Virginia and Ohio.

After attending West Virginia University and receiving his Bachelor’s degree from West Liberty State College, Gene continued his education at the Pittsburgh Institute of Mortuary Science. A Licensed Funeral Director and Embalmer in West Virginia, Ohio, Pennsylvania and North Carolina, he began working with Altmeyer in 1984.

Actively involved in his community, Gene is a 4th degree member of the Knights of Columbus, Council #504, and past President of the Wheeling Serra Club and the West Virginia Board of Funeral Service Examiners serving from 1998 through 2006, and was the Ohio County Coroner serving from 2002-2008.

In June of 2018, Gene was appointed by Governor Jim Justice once again to the West Virginia Board of Funeral Service Examiners where he was elected President of the Board.

He is a member of the Fraternal Order of Eagles, Elm Grove, Aerie 1891, the Wheeling Elks, BPOE #28, Wheeling, The Ancient Order of Hibernians, the Fraternal Order of Police Association, the West Virginia Funeral Directors Association where he served as past president of the Northern District, the National Funeral Directors Association, the Wheeling Lions Club, the Wheeling Area Chamber of Commerce where he completed the Leadership Wheeling Program, Wheeling Country Club, the Elm Grove Civics, the IOLA Club of Wheeling, the Gyro Club of Wheeling, and formerly on the Board of Directors of Family Services of the Upper Ohio Valley. He is past President of the Wheeling Circus Saints and Sinners, Poodles and Hanneford Tent where he continues to serve as a National Director.

In May 2008 and then again in 2012, he was elected to Wheeling City Council where he represented the 6th ward of Wheeling and also served as Vice-Mayor. He served on the city’s Development Committee and was Chairman of the Finance Committee as well as a member of the Greater Wheeling Sports & Entertainment Authority.  He currently serves on the Board of Directors of the Regional Economic Development Partnership (REDP) and the Wheeling Area Chamber of Commerce where he serves as the Chairman of the Board, in 2022 he was honored to be selected to the Wheeling Park Commission. In 2011 Gene was selected as the Grand Chieftain of the Wheeling Celtic Festival.

A lifelong resident of Wheeling, he and his wife Candy live in Elm Grove, together they have four children, Jamie and his wife Stephanie, Marcus, Kyle, Alyssa and five grandchildren.